Accepted, Waitlisted, or Rejected: What to do next

By Galin Education April 3, 2013 No Comments 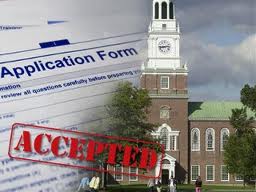 Since colleges and universities were required to send out their admissions decisions by April 1st, many students have found themselves accepted, rejected, or waitlisted. No matter what the decision, here is what students need to do next. The wait has paid off, and the student received the “fat” enveloped with good news: admittance! That being said, if the student has been accepted to multiple schools, they still have an important decision to make. When weighing the options, here are some tips to consider:

While the student hasn’t been accepted, there is still a silver lining: they haven’t been rejected, either. Now it’s time to play the waiting game, but in the meantime, there are few things that need to be taken into consideration:

Getting the letter that begins with “we regret to inform you…” is always hard to deal with–especially if it is the student’s first-choice school. Students may be left thinking: is there anything I can do?

Whether accepted, rejected, or waitlisted, all graduating seniors need to stay focused on finishing out the year strong. The student’s final transcripts still matter, and doing well in those final months can especially help those who found themselves on the waiting list.