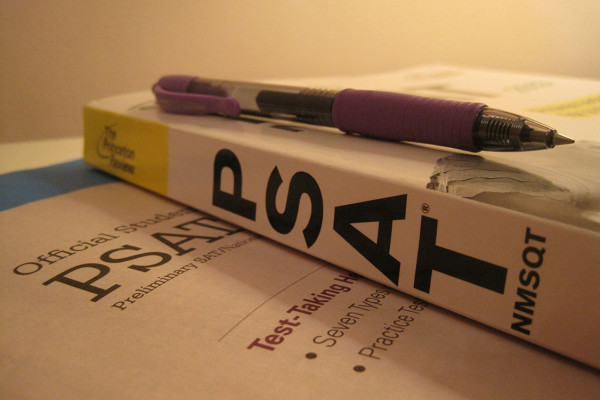 The College Board’s PSAT and SAT are brand new this year, and in a state of flux. In addition to the content, the scoring and score reports have changed as well. Here’s what students need to know about deciphering their scores and how to use the reports to greatest effect.

*The highest combined score (adding all sections together) is 1520, while the lowest score a student can get on the entire PSAT is 320.

*A student’s total score is the sum of the math and evidence-based reading and writing sections. Each section has a score range of 160-760.

*The scores students receive are now based on percentiles, not on the sum of all the correct answers.

*The new score reports provide two percentiles. Since the test is so new, the percentiles are based on research data, not on previous results of actual test-takers (the earlier established test compared current test-takers to previous test-takers).

*At the moment, the percentile tables for the PSAT are provisional; the College Board is still analyzing test results, so the final data on percentiles, average scores and score ranges will not be available until May.

*The new PSAT score report provides two percentiles: the user percentile and the nationally representative percentile. The PSAT score report determines the student’s test result percentile on the basis of the nationally representative sample, which includes students who have not taken the test. Such an approach means that a student’s score will be a higher percentile than if the student’s score had been compared only with other test-takers. The old PSAT report only compared student scores to other test-takers.

*Because the scores are inflated in this way, the PSAT may not faithfully indicate how well students are going to do on the SAT, one of the chief functions of the PSAT beyond the National Merit Scholarship competition.

*The highest possible selection index for the National Merit Scholarship competition is now 228 (in the past it was 240).

*The new National Merit Scholarship cutoff scores will change, too. The official cutoff scores, which vary by state, will not be available until September, but students can find a list of estimated cutoff scores here: http://www.toptieradmissions.com/new-psat-scoring/

*Students would be well advised to take the ACT this year for several reasons. Here’s why:

->For reasons listed above, the PSAT may not faithfully indicate how well a student can expect to score on the SAT.

->Because the test is so new, there are fewer review materials. Practice tests on old exams, however, are an important element of preparing to take the SAT; at this point, there are none.

->Students taking the SAT will be serving as free guinea pigs for the College Board as that organization does product research on the new tests and calibrates median scores and percentiles.

->There have already been several hiccups, including the delayed release of test results to counselors.

->The new PSAT and SAT are in a state of flux. The College Board is still analyzing data to determine the scale, median test scores, and percentiles. For that reason, students will not be able to know where they stack up compared to other test-takers until more scores come in.

->Until there is more data from students who have taken the test—“the next few years,” according to the College Board—score percentiles will be based on research data, not other students.

The newly introduced PSAT and SAT are in a period of flux and there are many kinks that the College Board needs to work out. Indeed, the College Board is still figuring out crucial information necessary for students to determine how their scores compare to other test-takers. For that reason, unless students have a compelling reason for doing so, they should not take the SAT this year. The ACT is generally the better option now. Students may also want to check out test-optional schools. For more info on test-optional schools, see this earlier post: http://galined.com/archives/poor_test_scores.

Upcoming Changes to the ACT

3 Things to Consider in the College Search Process

4 Ways to Prep for Standardized Tests Over Summer