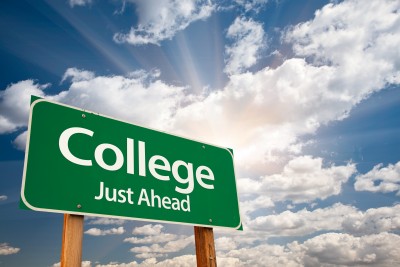 Colleges are on the hunt for the perfect-fit student. But that perfect fit doesn’t necessarily come only from GPAs, essays, or test scores. Colleges have other boxes to check out on their scorecard. Many schools report on the makeup of their freshman classes, so you can find out what sort of student they are looking for. Here is the meaning behind what college track on their Freshman Profiles:

Underrepresented Minorities (URM) often relate to designated minority groups that are underrepresented such as American Indian, black or African American, Hispanic or Latino.

Students of Color includes any student who is not white (Caucasian), encompassing URM plus Asian students. Colleges often promote this statistic rather than or in addition to URM, because it elevates their diversity percentage.

First Generation (FirstGen) refers to students whose parents did not attend (or sometimes did not graduate) college. These students in effect are the first in their family to attend college. Some colleges actively recruit and dedicate special resources to FirstGen students to invest in their success.

Gender will simply show a breakdown of males and females in the freshman class. At many colleges that ratio is balanced, though at technology-oriented schools are sometime male dominant while liberal arts schools can be female dominant. That can provide admissions opportunities for the underrepresented gender at those schools.

Pell Grant relates to enrolled low-income students through a government need-based grant program. Schools highlight Pell Grant percentage to illustrate that they promote access to college education to children of low-income families. Additionally, some schools also list the percentage of students who receive Financial Aid of any sort from the college.

States is a count of the number of states represented in the incoming class. Some schools also break out the In-State versus Out-of-State (OOS) figures. Others will also list the count of students from the most represented states in the freshman class and may also aggregate them regionally as well. There can be a regional admissions advantage for students applying from underrepresented states/regions.

Middle 50% refers to the standardized SAT or ACT test scores of the middle of the accepted class (and sometimes also the enrolled students). Most schools report test scores for each part of the SAT but show a composite score for the ACT. Schools exclude the top 25% and the bottom 25% so applicants can see where they fit in within the middle of the pool of students (applied or enrolled). Applicants can somewhat gauge admission and merit scholarship chances by where they scored. Now, that does not mean top test takers do not get rejected and low test scores do not get admitted. Admissions are holistic and standardized tests are just one factor.

Rank is the class rank in high school for those schools that report rank. Colleges sometimes report on the percentage of students that were Top 10% and the Top 20% of their high school class. Others colleges might also include a total number of valedictorians and salutatorians. As many high schools no longer report class rank, some colleges do not place value in rank. Some schools also report some variation of high school GPA which can be either unweighted, weighted or recalculated to only include core classes.

Legacy counts the accepted (or enrolled) students whose parents or grandparents (sometimes also siblings) also attended that same college. Many schools provide admissions preference based on legacy as they feel legacy students add energy and enthusiasm to the campus.

Selectivity reports the acceptance rate which is the percentage of students who applied who were admitted. This might also be broken out for Early Admissions and Regular Decision. Further data points include number of applications, the number waitlisted, denied as well as those accepted. The most highly selective schools may take as few as 5% of applicants while the majority of colleges accept more than 50% of those who apply.