How to Manage Being Waitlisted 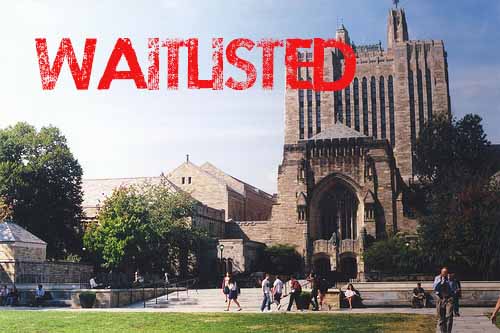 Being placed on the waitlist can be frustrating, since the uncertainty, stress, and anxiety that is applying to college continues for even longer. The good news is that being placed on the waitlist means that a college believes that a student is a good fit for the school, but that there is not enough room to admit him or her at the time. Some students may decide that they prefer another school that has already admitted them and can let go of the school that has waitlisted them. Others, however, may really want to attend the school that waitlists them and decide to wait it out. Read on for what students who have been waitlisted should think about as they decide whether they want to accept a position on the waitlist.

Do they want to remain on the waitlist?

Being waitlisted implies prolonged uncertainty. Does the student feel that the longer wait and chance to attend a school at which s/he has been waitlisted outweighs accepting admission at a school that has already admitted him or her and focusing on attending that school in the fall? Would s/he attend the school if admitted off the waitlist? In making their decisions, students will want to keep some things in mind.

-> The chances of getting in off the waitlist are slim.

-> Remaining on the waitlist will keep students in a state of limbo; after many months of applying to school and stressing out about college, do they really want to keep that state of uncertainty going? Or would they prefer to accept admission elsewhere and focus on attending that college come fall?

->The second semester of senior year, while always important, becomes even more critical, since college admissions offices will take hard looks at second-semester transcripts when deciding who to admit from the waitlist.

->Students who will need financial aid will also want to make sure that, if they are admitted, the school will still have funding available for students admitted off the waitlist. They should also check that housing will still be available.

If, upon reflection, students decide that the chance to attend the school of their dreams is well worth spending more time in limbo and continuing to perform at a very high level through the end of high school, they should go for it.

Students will usually need to confirm their desire to be placed on the waitlist.

Having accepted the waitlist positions, students will want to make sure to keep the college that has waitlisted them abreast of their academic progress.

They will also want to make sure to indicate their interest in attending the college if admitted off the waitlist. To make their interest more apparent in their letters to the school that has waitlisted them, students should not only explain that they would attend if admitted, but include specifics about why the school and the student are good fits for each other by giving details about which opportunities they would avail themselves of as students. Especially important to mention are specific classes they’d take, specific professors they’d like to work with, specific programs they’d participate in, etc.

***MOST IMPORTANT OF ALL: Be sure to send a deposit to a school that has accepted you.***

Waitlists are by definition uncertain. Students will not know whether they get into the school where they’ve been waitlisted until well after the National College Response Day (May 1st), the date on which all college applicants must advise schools of their intention to attend and send in a deposit to reserve their place.

Failure to send in a deposit to one of the schools that has already accepted him or her puts students at risk of having nowhere to attend in the fall. It is better to make sure that s/he has a guaranteed spot at a college because the student does not know if s/he will be offered admission from the waitlist.